It’s that time of the week, y’all, when I mosey up to biggest and baddest in conspiracy theory, size ’em up,  and brand them with humor. Then I run away, trying not to get gored. 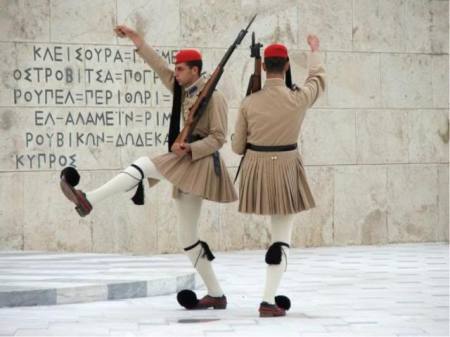 Twit of the Week:

President @BarackObama claims to be a Trekkie. But where’s the proof? Why won’t he release his fan fiction? — Conan O’Brien (@ConanOBrien)

Well, that’s about all I can take this week folks. I have a backlog of conspiracy theories for you, but a lot of work to attend to in the near future. Also, my brother suckered someone into marrying him this weekend, and I need to write the best man’s toast. But I will keep my ear to the ground, don’t you worry.

By the way, I also write as “The Conspiracy Guy” for the CSICOP website. Visit me there for in-depth coverage of some of the major conspiracy theories. My latest is about the Denver International Airport.

My most recent “Conspiracy Guy” article is up at the CSICOP website. It’s about the DIA conspiracy.

I won’t have time to do everything that I need to in the few days that I have before CSICon. But I make a point of doing this, even if it hurts a little.

So, given the time crunch, I’m going to do as much as I can in an hour. GO!

They actually tweeted the word "Negro".

You win! Please! Stop sending me this! Everyone I have ever met since I got out of short-pants has sent me this at least twice! Are you guys coordinating this??? Hey, I’m “just asking questions.”

Hey, not bad for an hour.

John Orloff, who wrote the screenplay for the badly titled Anonymous (as Eve points out, it should be Pseudonymous) out-stupided the Huffington Post on their own turf, which is no mean feat. He took issue with the phrase “urban legend.” I agree. They should have used the phrase, “unfettered clacking bollocks.” I intend to use his little screed in future classes to teach logical fallacies. His letter went as follows:

I’d like to think current and past US Supreme Court Justices don’t believe in Urban Legends. Namely, Justices Stevens, Blackmun, O’Connor and Scalia all think there is reason to doubt the validity of the actor William Shakespeare having written the plays history ascribes to him.

Wow. Not a Shakespearean scholar among them. Ok, you’re name dropping, but the sad fact is that just because you don’t like to think about it doesn’t mean it’s not true. This is the appeal to personal incredulity. “I can’t believe that these smart people would believe an urban legend, therefore, Shakespeare wasn’t Shakespeare.”

As does historian David McCullough. As do authors such as Mark Twain (whose last book, “Is Shakespeare Dead” is dedicated to the issue), Henry James (who said he was “haunted by the conviction that the divine William is the biggest and most successful fraud ever perpetrated on an unsuspecting Public”), and Walt Whitman (to name a few).

This is a classic appeal to false authority. You could fart sonnets like an angel and still not have a rollicking clue about the reams of scholarship backing the mainstream view.

And Mark Rylance, who is not only perhaps the greatest Shakespearean actor of his generation, but a man who was also the Artistic Director of the Globe Theater in London for ten years. Think about that last name; the man who ran the Globe theater for a decade doesn’t think Shakespeare wrote a single word.

Wow. I’m willing to bet if I look in my university databases I’ll find he never had to publish a goddamned thing under peer review:

That single entry is in a book about the resurrection of the Globe Theater, and it does not address authorship. And it’s not you like are citing an independent authority, since he’s in the freaking movie. “Well, my friends think so,” is as unconvincing as, “My mom says I’m smart.”

And we can add Sigmund Freud in there as well.

An Urban Myth is something proven to be false. I’m not sure we’re there on this particular issue.

Well, I disagree with your definition of urban myth, but the burden of proof is not on mainstream academia. We don’t default to the position that you know your head from your ham hocks.

And how do you know that someone wasn’t scared by Eddie Murphy in an elevator?

Either way, I am reminded of Winston Churchill’s statement on the subject when he was asked about the Authorship Issue. His response? He replied he wasn’t that interested in Oxford because, in his words: “I don’t like to have my myths tampered with”.

He meant the Shakespeare myth.

He meant, “Get stuffed, bozo. I’m not interested.” It doesn’t matter how many amateurs you say you surround yourself with, you’re still sitting on the short bus. (Yes, the actors and directors have a skill set that is completely unrelated to scholarship.)

Your software is broken, kiddo. Don’t try to contribute to the Great Discussion, because you’ll only embarrass yourself.