A Review of Anonymous, Commonly Attributed to John Orloff

As the closing credits rolled on Anonymous and Eve and I shouted our disapproval at the names that appeared on the screen (“Shame!” “Fail!” “Weak!”), a pair of old ladies in front of us started laughing.

“We were here for the 3:00 show,” one of them told us, “but the power went out. So they gave us free passes to see it again. I’m glad they did because I didn’t know what was going on the first time I saw it!”

And that’s the movie in a nutshell, a turd in a teapot, a tale told by an idiot, directed by a total spazz, and performed by a troupe of misguided failures.

The story was incoherent. Queen Elizabeth is a total ho, boinking everything that moves in her court. This includes her bastard son, the Earl of Oxford, Edward de Vere. Yuck and REALLY? (Several times in the movie, as Elizabeth was having a snit fit, Eve and I would turn to each other and say in our Queenie voice, “Who’s Queen?” Only really super cool people will laugh at that joke.)

The story was not told chronologically, which was a problem. It starts in the modern era, at a play or a lecture or something called “Anonymous.” It’s not clear. But what you do get, right out of the gate, is a completely useless series of questions by the character Underinformed Git (played by himself, Derek Jacobi), “Why aren’t books mentioned in Shakespeare’s will?” (What part of the “the whole damned estate” don’t you get, Rollo?) So, we were 2 minutes in, and I already wanted to kick a puppy.

Then we go almost to the end of the narrative proper, when Ben Jonson is getting done over good by the local constabulary for reasons that are not clear until the end. He’s hiding the plays written by de Vere-as-Shake-Speare. Jonson must be in on it because he is someone with credibility whose actual work (his elegy on Shakespeare faces the famous woodcut in the First Folio) totally f’in demolishes the Oxfordian fantasy before it got started. And then there is the little problem of the “Sweet Swan of Avon” elegy written, also by Jonson. Oh and the fact that Shakespeare was publishing long after de Vere was worm food. The solution? Make Jonson a conspirator and give him all of the plays to leak to Shakespeare slowly after de Vere’s death. Aaand your evidence for this is….apparently that you need it to be just so.

So, uh, then they are performing A Midsummer Night’s Dream, and everyone in court knows that it was written by a Bieber-aged de Vere…but then they all apparently forget that. My horse-drawn carriage has already thrown a wheel in that plot-hole.

Oxford is orphaned and raised by the Cecils who are advisors to the Queen. Turns out, go figure, that de Vere is smarter than all his tutors. The scene in which we are introduced to his Greek tutor, Latin tutor, cosmology tutor, etc. serves no functional purpose to the plot; it actually only underlines for Oxfordian cultists that de Vere had exactly the type of education they think that you need to write Shakespeare’s work. There were little nods to the in-group like that throughout the movie. For instance, you pan across Oxford’s office and see a falcon, you can almost hear Emmerich wondering out loud about how Shakespeare could know the vocabulary related to falconry if he was a bumpkin. And then you can almost hear a whoosh and a smack as I lose it.

OH! The movie is so insulting to the playwrights of the age. They were basically all hacks and they sat together in the peanut gallery. The treatment of Shakespeare was basically defamation. Shakespeare was slightly less fluent in English than Jesse Ventura, perpetually drunk, and usually whoring. They even suggested that Shakespeare killed Christopher Marlowe! Anything you can do to make him look bad, s’pose. At one point the playwrights are at their whore-and-ale house, the Randy Badger (or something), and Jonson throws down, daring Shakespeare to write his name. Lamest. Challenge. Ever.

Did I mention that it made no sense and that it left two old ladies very confused?

There was one really phenomenal aspect to the film, however, the mustaches. Whoever did the facial arrangements should get an Oscar(tm). If you could roll that clip I brought….. 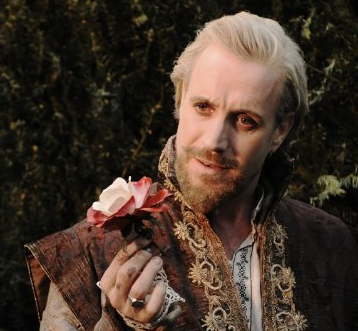 “F’in roses how do they work?” –Wm. Shkspere 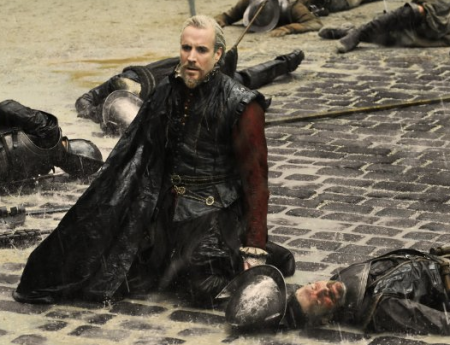 First the Queen dumps him and then there’s a rebellion. Ed’s having a crappy day. 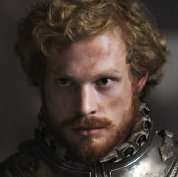 It’s been only 3 days, and I forget who this is. Well acted, my friend. But look at that beard! 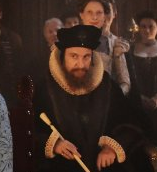 Bad guy who is not Shakespeare. 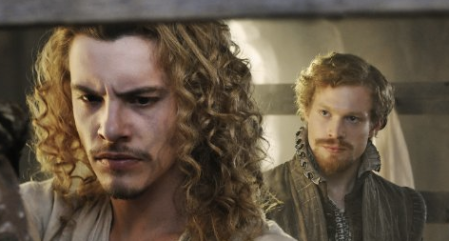 “Fauntleroy, why do you never return my text messages?” 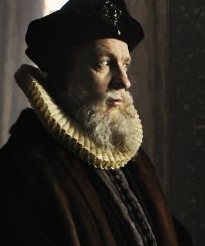 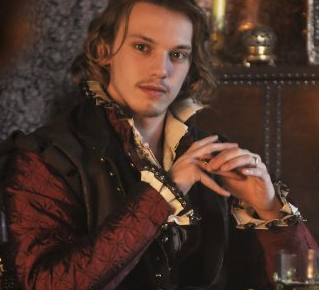 “What would you, the audience, do?” 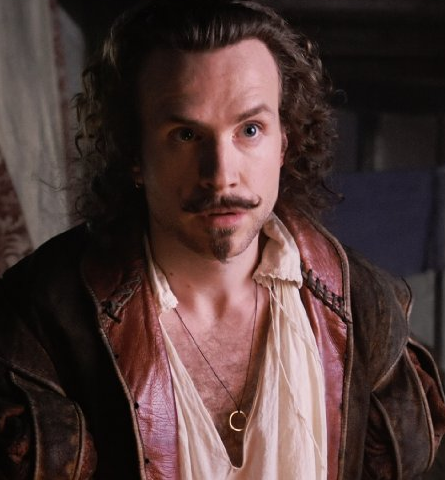 If they had spent half as much time grooming the plot as they did these guys’ upper lips, the movie would have passed. But it was badly told to the point that only a true believer could possibly invest in it. The infuriating thing at the end, however, was not that it crapped on the Bard, who can take care of himself, but that the little old ladies in front of us wondered out loud if their understanding of history had always been that bad. “No,” I assured them. “Roland Emmerich is just a bad person.”

This entry was posted on Monday, November 7th, 2011 at 6:45 pm and is filed under Anonymous the movie, conspiracy theory, critical thinking, humanities, John Orloff, literature, mass media, Roland Emmerich, Shakespeare authorship, who was shakespeare. You can follow any responses to this entry through the RSS 2.0 feed. You can leave a response, or trackback from your own site.

14 Responses to A Review of Anonymous, Commonly Attributed to John Orloff