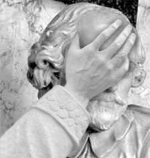 The very first post on this-here blog was inspired by news of the upcoming Roland Emmerich film, Anonymous, an action-packed, incest-filled, conspiracy-fueled Elizabethan thriller that suggests that Edward de Vere was the real author of the works attributed to Shakespeare. He was also the son of Elizabeth I. He was also her lover. Ew.

If you have been waiting with bated breath for the release, your breathing will soon return to normal: Anonymous will be released later this month. Huzzah.

While some skeptics have been having conniptions about the film, others have wondered what the big deal is. After all, it’s just a movie. Of course, so was Oliver Stone’s JFK, but like Anonymous, it was also propaganda for a genuine conspiracy theory. Anonymous features several prominent Shakespeare denialists, like Derek Jacobi and Mark Rylance, who will no doubt use the film’s release to promote their conspiracy theories, and since they sound more intelligent and less crazy than other conspiracists, like 9/11 truther Charlie Sheen, people will perhaps pay attention to them. After all, they’re Just Asking Questions.

Promotional materials for the film are also in the form of denialist propaganda. Emmerich has produced a video in which he presents ten reasons to doubt Shakespeare’s authorship. Most of his reasons are based on arguments from ignorance and have been refuted repeatedly (no letters, no school records, no mention of his works in the will, etc.). He also mentions that in an early illustration (1656) of Shakespeare’s monument in Stratford, Shakespeare appeared to be holding a bag of grain rather than a quill and parchment. Emmerich implies that the monument was changed to suggest that Shakespeare was a writer. He doesn’t consider the possibility that the illustration was just inaccurate.

For a number of reasons, this argument seems stupid. Even if Shakespeare didn’t write Shakespeare, by the time the monument was built (sometime between Shakespeare’s death in 1616 and the publication of the First Folio in 1623), Shakespeare was quite widely known for writing Shakespeare. Portraying him as a writer made sense. Portraying him holding a sack of grain seems a bit silly, unless it was meant to be an oh-so-subtle hint by someone in the know. Moreover, when the monument was actually restored in the eighteenth century, it was noted that the bust and the cushion (which supports Shakespeare’s hands, the quill and the parchment) were made from a “single piece of limestone.” The alteration would involve changing the sack to a cushion and entirely recarving Shakespeare’s lower arms–at a minimum. That’s a clever bit of alteration.

Despite the stale and silly nature of the arguments, Youyoung Lee of the Huffington Post finds them “powerful” and says that Emmerich “makes some pretty solid points.” Apparently screenwriter John Orloff found that praise insufficient and objected to Lee’s use of the term “urban legend.” The Huffington Post kindly printed his objection, which consists entirely of false appeals to authority. It should be noted that none of the authorities he pompously cites are or were Shakespeare scholars.

But wait: there’s more.  The film’s producers and educational marketing firm Young Minds Inspired (more here) have produced a study guide to accompany the film.* The “target audience” is “students in English literature, theater and British history classes.” It has been sent to college instructors who have been encouraged to copy the brochure and share it with colleagues. The first objective of the guide is “to encourage critical thinking by challenging students to examine the theories about the authorship of Shakespeare’s works and to formulate their own opinions.” That sounds great, but, of course, it’s just more JAQing off. While feigning objectivity, the brochure supports Shakespeare denialism.

The brochure says that authorship question has intrigued academics and inspired debate among experts for centuries. It doesn’t mention that there is, in fact, no real debate among actual experts. The denialist slant of the brochure is quite clear on the “References and Resources” page, which overwhelmingly favors Oxford-as-Shakespeare sources and gives scant attention to real Shakespeare scholars, such as James Shapiro, author of Contested Will: Who Wrote Shakespeare. The brochure authors toss Shakespeareans a couple of bones: Samuel Schoenbaum’s Shakespeare’s Lives and E. K. Chambers’ William Shakespeare: A Study of Facts and Problems. I wonder if they think the latter is a denialist work or assume readers will think that it is.

While it is infuriating that conspiracist propaganda is being marketed as study material it is equally outrageous that a film advertisement is being palmed off as an educational guide. In the section on “How to Use this Program,” teachers are assured that “It is not necessary to see the film to complete the activities,” yet all the pages but the first feature the words “Uncover the true genius of William Shakespeare. See Anonymous–in theaters October 28, 2011″ in big, red, all-cap letters at the bottom. The first page is headed “Anonymous” and the brochure is followed by an enormous poster for the film.

So, no, Anonymous is NOT just a movie: it is a huge propaganda machine that wants desperately to sway viewers and students. Oh, and I know that this is nitpicky, but I don’t get the title. Perhaps I’ll understand after I (cringe) see the damned thing, but surely it should be Pseudonymous. I want to make the sequel, Anonymous 2. This blood-and-guts, sexy action romp will argue that Anonymous was not the real author of Beowulf.

[spoiler alert] The real author was…the Earl of Oxford, who, it transpires, was (is?) a time-traveling reptilian alien. I mean, he’d have to be, right? He’s connected to the royal family after all. [/spoiler alert].

*Bill Blakemore of ABC.com provides an interesting analysis of the study guide.

Update: James Shapiro has written an article on the film for the New York Times.

This entry was posted on Monday, October 17th, 2011 at 1:16 pm and is filed under academia, conspiracy theory, history, literature, mass media. You can follow any responses to this entry through the RSS 2.0 feed. You can leave a response, or trackback from your own site.