Yeah, I’ve been out of contact recently, traveling the country, racking up foursquare points (why, I’m not sure), and learning the ways of the iPad. Things have settled back down, and I can take a little time to bring everyone up to speed on the wide, wide world of weird.

In the next few days, I’ll be heading out to Seattle to interview for a job in Mississippi (yeah, it’s easier if you just don’t think about it). I have seized upon the opportunity to make sure that I have a long layover at the Denver International Airport, which is where the bigwigs who are really in charge are going to wait out the end of the world. Or detain gun owners. Or transfer planes. Nobody is too sure about that. Anyway, I’m there. I’ve been trying to contact the artist whose murals have come under suspicion most goofy so that I could meet and interview him during my 4 hours at DIA, but given the weird attention his work has received, he’s hard to get in touch with, as you might imagine. (If anyone has any ideas…the email addy on his website is obsolete.) 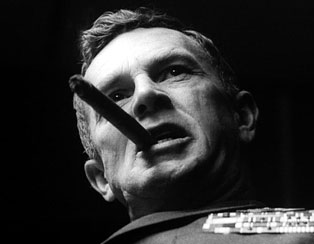 Well played, redneck. Well played. I’m willing to bet that you read Veterans Today, which was also horrible this week.

I enjoyed this book, because of some of the insider information that he brings out. I liked the insights into the invisible world, for example, how certain aliens are working with Satan the Devil, how Satan looks like a reptilian, including his hosts.

“And, therefore planet Earth, as a female cosmic body with its newer, progressively greater level of 4th dimensional energy emanating from her – from Earth’s core – she is finally ready to be ‘fertilized’, and is attracting, pulling, drawing to her… the transformative cosmic 4th dimensional vibratory ‘male’ energy from the new crystal blue star (that was comet Holmes).”

Not strictly related to conspiracy theory in…any way I can think of, but this headline needs to be read aloud to orphans every Christmas: “Victoria’s Secret: Busted for Undies With an Ugly Past”.

Thanks for an excellent year, folks! We had over 100,000 hits, many of which were not my mother. We’ll see you on the other side of the New Year!

This entry was posted on Saturday, December 31st, 2011 at 10:02 pm and is filed under conspiracy theory, critical thinking, mass media, politics, psychology, Uncategorized. You can follow any responses to this entry through the RSS 2.0 feed. You can leave a response, or trackback from your own site.