Welcome. This week, the 9/11 Truthers were proved right about everything. Everything. Except the stuff that they were talking about. And yet they are crowing about Richard Clarke’s speculation about any relationship between the CIA and 2 of the 9/11 hijackers, unsubstantiated by evidence by his own admission, as if it was vindication of some sort. He just has questions, and when the stakes are this high, questions are not enough.

So, let’s break this down. Clarke wonders why the names of 2 known al-Qaida members were not known to the White House until 9/11 itself. He speculates that the CIA was trying to “turn” them into spies, which would give them access to intelligence about al-Qaida. Even if that is true, it clearly didn’t work. The entire premise of Clarke’s speculation is that the CIA was unable to get them to work with them. Failure all around then.

OK, I’m going to dwell on Vigilant Citizen for a minute because I see it every week, and it doesn’t get any less weird or any more reflective as time passes. Just more pictures of people covering one eye, triangles or pyramids, and robot-people. Also, he has discovered that some advertisers use sex to promote whatever they are promoting. (Jaw hits floor.) For all the hysterics over there, I just don’t get what all the occult symbolism is supposed to be for, other than for him to yell, “See! Triangle!” and his readers to go, “I am sooo disappointed in triangles.” The one-eye thing, apparently, is supposed to be Illuminati/Masonic. Therefore, every time that you see only one eye of a subject being photographed, the Illuminati is sending a secret message, “Hi! We’re the Illuminati. Or possibly Masons.” Maybe I’m just a sheeple (I guess the singular is sheeperson), but I just don’t get the why.

And another thing. VC has a whole “sex-kitten” thing. If there’s a woman in a cat suit or with cat-eye mascara, what? Looking at the OED, I’d say that the earliest use of “sex kitten” is around the early 1950s. (Their first entry is 1958, but as a precaution I usually extend the phrase back a bit to allow for unrecorded oral usage of a word or term.) The Illuminati is making a Hefnerian sexist visual pun? Really? Again, to what end? Yeah, sex sells records (VC is especially concerned with the music industry), but it also sells car polish and Q-tips. I really don’t understand the impulse behind the interpretations and premises of the behind the Vigilant Citizen website.

By the way, when I was looking at the compound words/phrases that have sex in them, my favorite was a “sex mosaic”. I thought it was something you found in Pompeii’s frisky frescoes, but no, it is “an individual having some cells that are genetically of one sex and the rest of the other sex.” You learn something new every day.

When it comes to condemning theft, however many trainers, mobile phones and designer clothes have been stolen by the London rioters, they are petty crooks compared to the thievery that has BP, with the aid of the western powers, quite literally stealing control of Iraq’s most valuable resource: the oil which was the main motivation for the invasion in 2003.

We decided to christen this one a “false sequitor.” 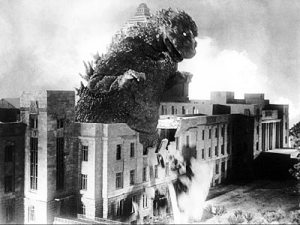 This week in Ron Paul:

Well, the first Republican debate was hosted ahead of the Iowa primary. Ron Paul was

Well, after the debate, I got this tweet from FederalJack:

FederalJack
HELP RON PAUL WIN THE FOXNEWS POLL ON THE DEBATE. LET THEM TRY TO COVER THIS ONE UP… foxnews.com/opinion/2011/0…
2 minutes ago

Then a little later:

FOXNEWS MADE A SECOND DEBATE POLL, VOTE FOR PAUL IN THIS ONE AS WELL.
topix.com/issue/fox/gop-…
1 hour ago Favorite Retweet Reply

Of course, FederalJack clearly illustrated why Paul will never win a national election:

The Ron Paul movement is getting too culty for comfort:

In related news, NPR the strange obsession with the gold standard that dogs the Paulite movement made national news as the price of gold went ever higher amid market concerns. And, honestly, the Planet Money reporter could only say, “Yeah, it makes no sense,” which is what I thought. Gold does not hold intrinsic value, like gold investors/merchants tell you. The fact that it is so high right now proves that it is valued like every other commodity, relative to other commodities. This, of course, is not what Dr. Mercola is saying. Yeah, apparently he gives out economic advice. What do you think the chances hare that he has gold interests?  The current gold craze is an American Tulip boom, and people who are scared now are buying high, which will bite them when the price plummets, leaving them even worse off than they are now. Of course, in the strange media landscapes I wander, gold is pushed by a huge number of advertisers. Alex Jones, Glenn Beck, all these conspiracy theorists are getting paid to push gold. Who do you think is going to come out ahead? Not the investors, that’s for sure.

But back to the primary, Michelle Bachmann, who came to prominence a few years ago when she suggested that there should be investigation into members of Congress for being un-American (at about the 9:30 mark), appalling, well, the world, won. She recently signed an anti-Sharia document (which, for some reason, went out of its way to mention that black families were more stable under slavery–?!?!?!), which takes as an object of fear the exact same thing that Anders Breivik was worried about when he went on his rampage a few weeks ago. Well, Ryan Lizza of the New Yorker looked into her beliefs as evidenced by her book recommendations and what she has said are the most influential books in her life. The reading list is scary (NPR interview with Lizza), people, and she just won Iowa. She cited Francis Schaeffer’s series, “How Should We Then Live?” (which deteriorated into screeds about how the government was dumping chemicals into the water supply) and David Noebel, whose bizarre take on the country’s history has become popular in homeschooling circles [I believe he was an advisor to the Texas school board’s history committee] , even though he penned a classic conspiracist tract that accuses the Beatles of being part of a communist plot to to exert mind-control over teens by using rhythmic beats. (It’s called, “Communism, Hypnotism, and the Beatles,” and I’ve taught it.) Brannon Howse’s Worldview Weekend republished something of Noebel’s this week: “National Association of Evangelicals Pro-Communist?” Really? She won Iowa? If she wins the whole thing, I’m Splitsville.

Oh, and Rick Perry is not inviting more level-headed people to the stage at his “The Response” prayer rally. Jonathan Kay notes that one of the invited speakers thinks that the Statue of Liberty is a Masonic/Illuminati symbol.

There’s more, but that’s all I have in me.

This entry was posted on Monday, August 15th, 2011 at 10:25 pm and is filed under conspiracy theory, mass media, politics, Uncategorized. You can follow any responses to this entry through the RSS 2.0 feed. You can leave a response, or trackback from your own site.